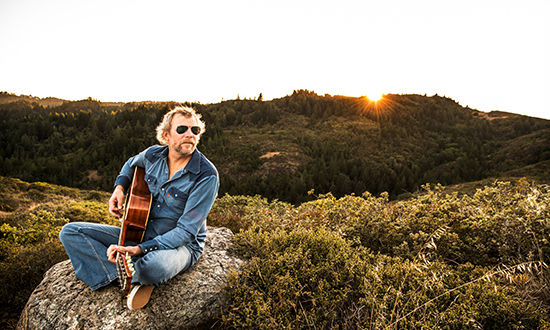 In one brief, excruciating instant, Tim Bluhm’s life changed forever. The acclaimed songwriter (Mother Hips) and outdoorsman was paragliding down a California mountainside when he lost control and crashed, slamming feet-first into a pile of felled trees at 35 miles-per-hour. The impact nearly tore his foot from his leg and left his pelvis completely shattered. It was the kind of injury that could easily end a career, but for Tim Bluhm, it was more like a second chance.

“It changed my outlook on life and it changed my whole self-image,” says the California native. “It was a humbling thing to be physically incapacitated like that, and it was a reminder of just how fragile we all are. I’m more grateful than ever to be alive right now.”

Bluhm’s work with the Mother Hips cemented his status as an architect of a new breed of California soul and earned his reputation as a festival and critical favorite, sharing bills with everyone from Johnny Cash and Wilco to Lucinda Williams and The Black Crowes along the way.

Ever-curious and wildly prolific, Bluhm simultaneously released a slew of solo and collaborative projects. He toured for years as music director with Nicki Bluhm & The Gramblers, teamed up with The Grateful Dead’s Mickey Hart and Bill Kreutzmann among others, and opened up Mission Bells Studio with Sacramento’s own Jackie Greene.

His newest project is the Tim Bluhm Band, features Bluhm out front, leading Americana rising stars and Davis Music Fest alums The Coffis Brothers who propel Bluhm’s new original music and fresh takes on his classics. Local roots rockers Boot Juice start the show the City of Davis Veterans’ Memorial Theatre at 8pm, door open at 7pm. $18 pre-sale tickets are available online, or you can pay $24 at at the door.