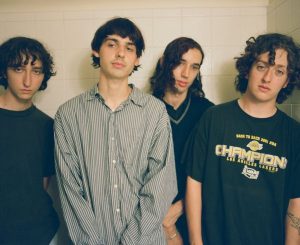 Originally the solo project of Brendan Dyer, his relocation from Connecticut to Los Angeles saw the band expand to include collaborator Yarden Erez. After signing to Dangerbird Records, 2019 saw the band on tour with Swervedriver & DIIV, and in 2021 they released their acclaimed EP Wish Goes On. To understand Eternal Ring, you have to go back to Dyer’s childhood. Learning guitar and drums from his uncle, a musician, from the age of ten, Dyer was one of the only young people in his rural Connecticut town interested in anything other than sports and other stereotypical markers of American life. Naturally, Dyer began to gravitate towards emo — the closest thing many teens have to outsider art — as an art form he could identify with, bands like Hawthorne Heights subconsciously laying the groundwork for the music he would make as an adult. “It probably only lasted a year or two that I was interested in that sort of thing, but now I feel like it’s become a thing in my life where it’s like, full circle,” he says. “When we were writing this album, and touring before writing this album, I was reconnecting with a lot of the music that I was listening to in my youth and realizing that there was a reason why I liked this music so much.”

The Milly of Eternal Ring, though, is a vastly different project from the one Dyer began in his childhood bedroom. Where the band’s old songs were dazed and gorgeously laconic, Eternal Ring is muscular, punchy, almost alarmingly direct. You only need to hear album opener and debut single “Illuminate” to understand the change: slipping quickly from emo balladry into something heavy and intoxicatingly intense, it’s a clear marker that this is the work of a tighter, more dynamic Milly. There is no slack to these songs — even the nine-minute “Stuck In The Middle” is an impossibly taut endurance work, jumping from emotive build to gut-wrenching squall in a second.

Listen to MILLY on Bandcamp 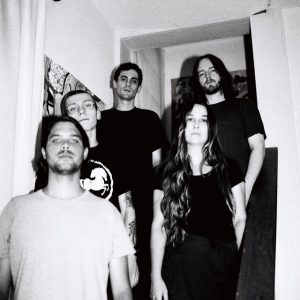 Teethe is a slowcore band currently based in Dallas, Texas whose members consist of Boone Patrello of Dead Sullivan, Grahm Robinson of MAH KEE OH, Madeline Dowd of Crisman, and Jordan Garrett of Hat Hair.

Listen to Teethe on Bandcamp

Listen to Fitting on Bandcamp

Get your tickets HERE.